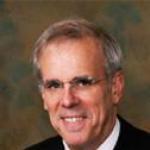 The Chapman lab has had a longstanding interest and track record of innovation in the field of tissue remodeling, particularly as it relates to lung disease. For many years my work primarily focused on proteolytic enzymes. My group and I cloned and characterized several new members of the cathepsin family and elucidated their roles in bone, brain, lung, and immune disorders. I also pursued basic mechanisms by which proteases and adhesion receptors coordinate cell invasion and extracellular matrix remodeling and this has led to longstanding interest in integrin signaling. We were the first to recognize the physical and functional connections between integrins and the key cell surface protease, plasminogen activator. After moving from Harvard to UCSF 12 years ago I focused my lab on pulmonary fibrosis as a disorder of great unmet medical need and a logical extension of my prior work in matrix biology. I pioneered the in vivo investigation of the role of epithelial mesenchymal transition (EMT) in pulmonary fibrosis and uncovered mechanistic insight as to how integrins and hypoxia regulate epithelial cell plasticity. These studies have provided a roadmap for defining the role of EMT signaling in human fibrosis and lung cancer. More recently we have extended our studies of epithelial plasticity into the realm of lung stem/progenitor cells and are committed to defining the regenerative potential of the lung after injury.

I have trained approximately twenty PhD and/or MD post-docs who now populate academic departments and pharmaceutical labs. As a physician scientist myself, I have particularly enjoyed the responsibility of motivating and training capable young physicians for careers in disease-oriented research. These now include Division and Department Chairs as well as several independent medicine faculty with successful NIH-funded research programs. My lab now is comprised of mainly PhD trainees and junior faculty and we are committed to understanding and targeting the emerging relationship between hypoxia, EMT, and tissue remodeling during fibrogenesis and cancer progression.